The Forex market is the world’s largest market, with a trading volume of over $1.5 trillion a day. Forex trading means pairing one currency against another, predicting which one will rise or fall.

What are the advantages of trading Forex with ZERO Markets?

No requotes and no hidden charges

A Brief History of Forex

Currency trading is a concept which dates back thousands of years. The exchanging of goods for goods known as barter has evolved and developed into the forex trading market that we see today. There are a handful of landmark moments which shaped the history of currencies trading.

Barter is the oldest method of exchange and was introduced by Mesopotamia tribes as early as 6000 BC. This method involved the trading goods for other goods with ships sailing from country to country with items such as food and animal skins.

The first gold coins were produced in Lydia (Turkey) and recognised as the first known form of currency. These coins had the critical characteristics of currency as they were portable, durable and uniform. Aided by being limited in supply they were accepted over time with gold playing a pivotal role throughout the history of forex trading.

Once established as the accepted medium of exchange, gold eventually became impractical due to its weight. In the 1800s the gold standard was adopted and guaranteed that the government would exchange paper money for its value in gold.

The forex market underwent a major transformation towards the end of World War II. The Bretton Woods System was introduced and established a set of rules for commercial and financial relations between the signatories of the agreement.

Eventually there was not enough gold to back the amount of US Dollars in circulation which brought an end to the Bretton Woods System and led to the free floating of the US Dollar against other foreign currencies. The situation that the rate of exchange was no longer pre-determined creates an open forex market with the value of currencies being exposed to market forces such as supply and demand.

The combination of technology and globalisation resulted in the exponential growth of the forex market through internet trading. Currencies that were previously shut off and emerging markets could now be traded from anywhere in the world using an online forex trading platform.

In less than two decades the forex market has become the largest financial market in the world. Trillions of dollars are traded on the forex market every day and are no longer limited to large banks and financial institutions. Individuals are now trading FX online in the same market conditions as corporate organisations thanks to advanced technologies such as the MetaTrader 4/5 foreign exchange trading platforms.

The largest market in the world

What is Forex trading? 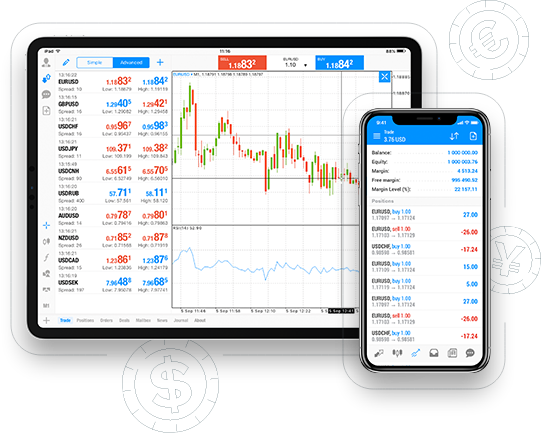 Forex trading is also known as FX Trading or Currency Trading. It refers to the central marketplace where traders exchange currencies for one another at floating rates.

The foreign exchange market consists of multiple markets, including Spot FX, Future derivatives, Forward Derivatives and CFD derivatives. The Forex market is one of the largest and most liquid financial markets in the world, with a turnover reported to exceed $5 trillion per day. Forex is open to trade 24 hours a day, 5 days a week.

The most common pairs to trade are called the ‘majors’. Examples would be the EUR/USD, GBP/USD and USD/CHF. 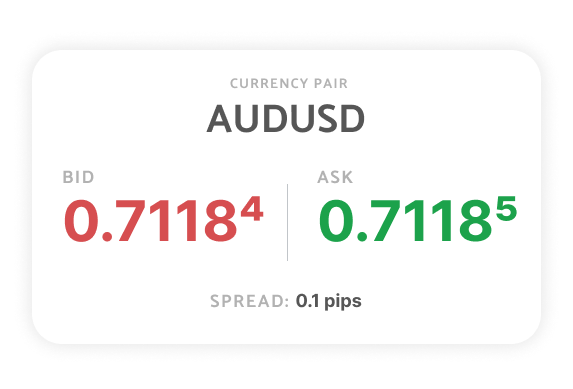 How does Forex trading work?

ZERO Markets Forex pairs are traded as CFDs (Contract for Difference). When trading forex, you select a pair of currencies and base your trading decision on which currency’s price you think will rise or fall. Forex is traded in currency pairs, for example EUR/USD. The first currency is called the ‘base currency’ and the second is the ‘quote currency’. Currencies are displayed showing how many units of the quote currency you can buy with one unit of the base currency. This is the exchange rate.

When you’re ready to trade you will choose to go long or short. In the example above, going long means that you think that the value of the Euro will rise against the US Dollar. Going short means you think it will fall.

What are the most recommended platforms for Forex trading?

MT4 & MT5 are the favourite choice for Forex traders around the globe. ZERO Markets’ MT4 & MT5 are packed with extras to ensure you’re equipped with all the tools you need to make better informed trading decisions. Tight Raw Pricing, fast execution and superior charts are the building blocks for our MT4 & MT5 solutions.

Start trading with ZERO on spreads from 0.0 pips

The gross profit on your trade is calculated as follows:

Globalisation has been one of the biggest drivers in the increased volume being traded on the forex market. One example of this is large multinational corporations who need to buy or sell one currency for another as they are obtaining revenue in numerous different currencies.

Companies can employ hedging strategies to reduce any risk exposure they may have due to fluctuations in currency values. Fluctuations in the forex market can have an adverse impact on critical aspects including costs, revenue and ultimately profit margin. This can be achieved using forward or swap markets.

A currency swap involves the swapping of two currencies at the maturity of the contract. An exchange of interest and sometimes principal are involved with companies often using this method to access lower interest rates in the local currency compared to money borrowed from a financial institution such as a bank.

Forward contracts involve paying a premium (interest based on the differential in the price of the two currencies) to purchase an asset for a specified price at a future date. One of the benefits of forward contracts is that the size, length, or maturity term are customisable. Companies with future payments or receipts can benefit from this by protecting their budget and profit margins from fluctuations in the forex market.

Hedging is a concept that is becoming more prominent among individuals in fx trading. Traders are using the strategy of opening additional positions to balance or offset current positions that will successfully limit risk exposure. The advanced user friendly forex trading platform offered by Zero Markets makes this process seamless.

Trade With a Provider
Invested in Your Success

Open a Zero Markets trading account today and join over a million others globally trading 2,000+ markets on an easy-to-use platform. Go long or short with competitive spreads on indices, shares, forex, gold, commodities, cryptocurrencies, bonds and more. Plus, get extended hours on major US shares, AI-powered tools and 24/5 client support. Learn more about trading CFDs with Zero Markets.

Trade On The Go

Our dedicated team of customer support agents are on hand 24/5 to provide you with multilingual support. Contact Us

Visit our comprehensive FAQ where you can find information about the services we offer and answers to your trading questions. Help Centre

Stay on top of market trends and analysis by following us on social media and visiting our financial markets blog. Blog

Thank you for visiting ZERO Markets

The website www.zeromarkets.com is operated by Zero Markets LLC an entity that is not established in the EU or regulated by an EU National Competent Authority. The entity falls outside the EU regulatory framework i.e. MiFID II and there is no provision for an Investor Compensation Scheme. Read T & Cs
Please confirm, that the decision was made independently at your own exclusive initiative and that no solicitation or recommendation has been made by ZERO Markets or any other entity within the group.